I have always loved cinema. There are many films that are important to me. Each of them represents a specific stage of my life. Even today, if I accidentally stumble upon one of them while channel surfing, I can still feel what I felt a long time ago when I watched them for the first time. 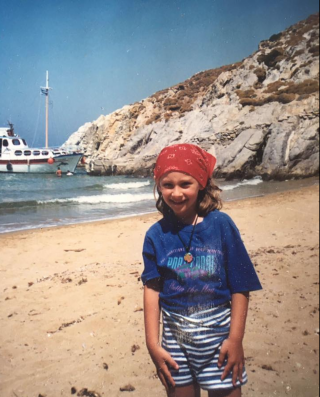 I was 2 years old when my parents broke up. We were living in Brazil but my mother and I moved back to Milan. I have some nice memories of that period. We used to do everything together: we cooked, we painted, we went grocery shopping, we watched movies on TV. I remember once we won a videotape at the supermarket with the reward points. It was Nightmare Before Christmas, by Tim Burton. My mother gave it to me: this was the first videotape I owned and I was so proud of it – who’d ever thought this technology would have been overtaken soon. The only problem was we didn’t have a video recorder for watching it: my mother still hadn’t found the time to buy one – she was a single mum, starting over her career as a journalist after she gave it up to leave for Brazil. When finally she bought it, I was already 4 and I was so excited to watch my movie. All my peers were into Disney cartoons and they found Nightmare Before Christmas very creepy. Not me: I loved it. In all its weirdness, it truly represents my atypical childhood. 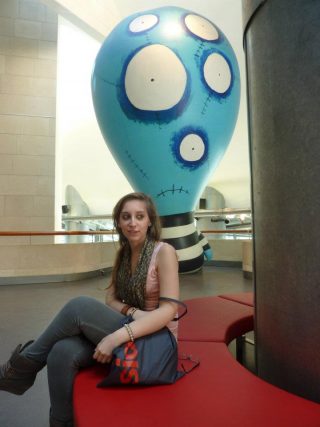 It all started with a movie directed by Michel Gondry and written by Charlie Kaufman. I remember how my high-school life was pointless: a few friends, low grades, zero prospects. I was so steeped in self-pity. One night, I randomly decided to watch this long-named movie, starring Jim Carrey and Kate Winslet, two of my favorite actors. I just didn’t have anything else to do. It was Eternal Sunshine of The Spotless Mind. Charlie Kaufman, the author of the screenplay, is a complete genius and I swear his movie changed my life. I realized I was not the only one suffering in the world – adolescents can hardly understand this. I also found out that by sharing your experience of both pain and happiness – in a movie, for instance – you can convey a positive message. You can make people feel less lonely. Suddenly I knew that was what I wanted to do in my life. In the end, it didn’t work out with screenplay writing but I’m still writing poems and I’m working on a novel. I hope one day I will write something capable to change someone’s life, just like Eternal Sunshine of The Spotless Mind did with me.

During my last year of university, I attended the loveliest course of my whole career: History of the Radio. The professor was this white-haired elderly, always wearing red jumpers that made him look like Santa Claus – in fact, that’s how every student used to call him. This guy wrote a book – that we were supposed to study – about the different stages of radio history: he had the original idea of describing them through movies. The first chapter of the book was about Titanic – when the morse code traveled through radio waves for tapping out an SOS. Then comes Radio Days by Woody Allen and the golden age of radio, then I Love Radio Rock and the pirate radio stations and so on. The professor projected these movies during classes but almost every student started deserting – or sleeping during the lessons. I was preparing my final exams so I didn’t participate either that often, except when it came the turn of Radio Days. 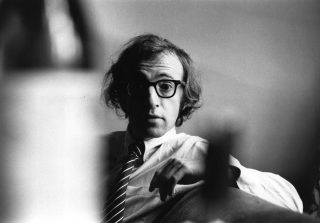 I love Woody Allen and I thought I watched almost every movie of him. I was so surprised to find one I had never heard of. It was gorgeous: some hilarious jokes and a perfect balance between the glamorous world of radio stars and the melancholy of their decline. Sadly, radio has been basically replaced by the TV and then by Netflix. Shortly after these classes, I graduated and I started to face the adult world. Say goodbye to the university-life recklessness. Now I know what does it mean to have such a bitter-sweet taste in your mouth for a joyful past that won’t ever come back. 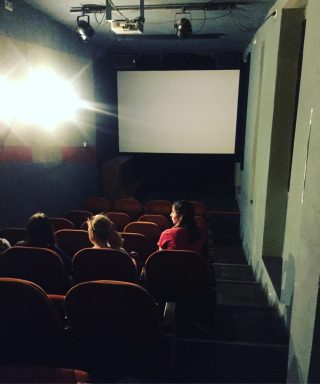 In the summer of 2017, I moved to Berlin and I spent 7 months there. As a cinema lover, my favorite place in the city turned out to be a tiny cinema in Kastanienallee, Lichtblick-Kino. I went there to watch Der Himmel über Berlin, Wings of Desire in English. The original name means “the sky over Berlin”. It’s a poetic movie. The protagonists are two angels that watch over the citizens of Berlin. Suddenly, one of them falls in love with a mortal woman… I remember I felt part of it. I could recognize the atmosphere of the city I just moved into: shabby chic cafes, streets covered by graffiti, flea markets. What I learned from Berlin and from this movie is patience. While I was living there, a lot of friends left for going back to their country. I had a good job opportunity but it didn’t end up to be a long term one. Nonetheless, I seized this great experience and I never gave up until the end. I stood patiently as the angels in the sky of Berlin do.

Nightmare Before Christmas, Sunshine of the Spotless Mind, Radio Days and Wings of Desire are the movies of my life so far: they taught me a lot about the world and about myself. I keep them in my memories as a talisman. Let’s see what will be the next chapter of this saga.